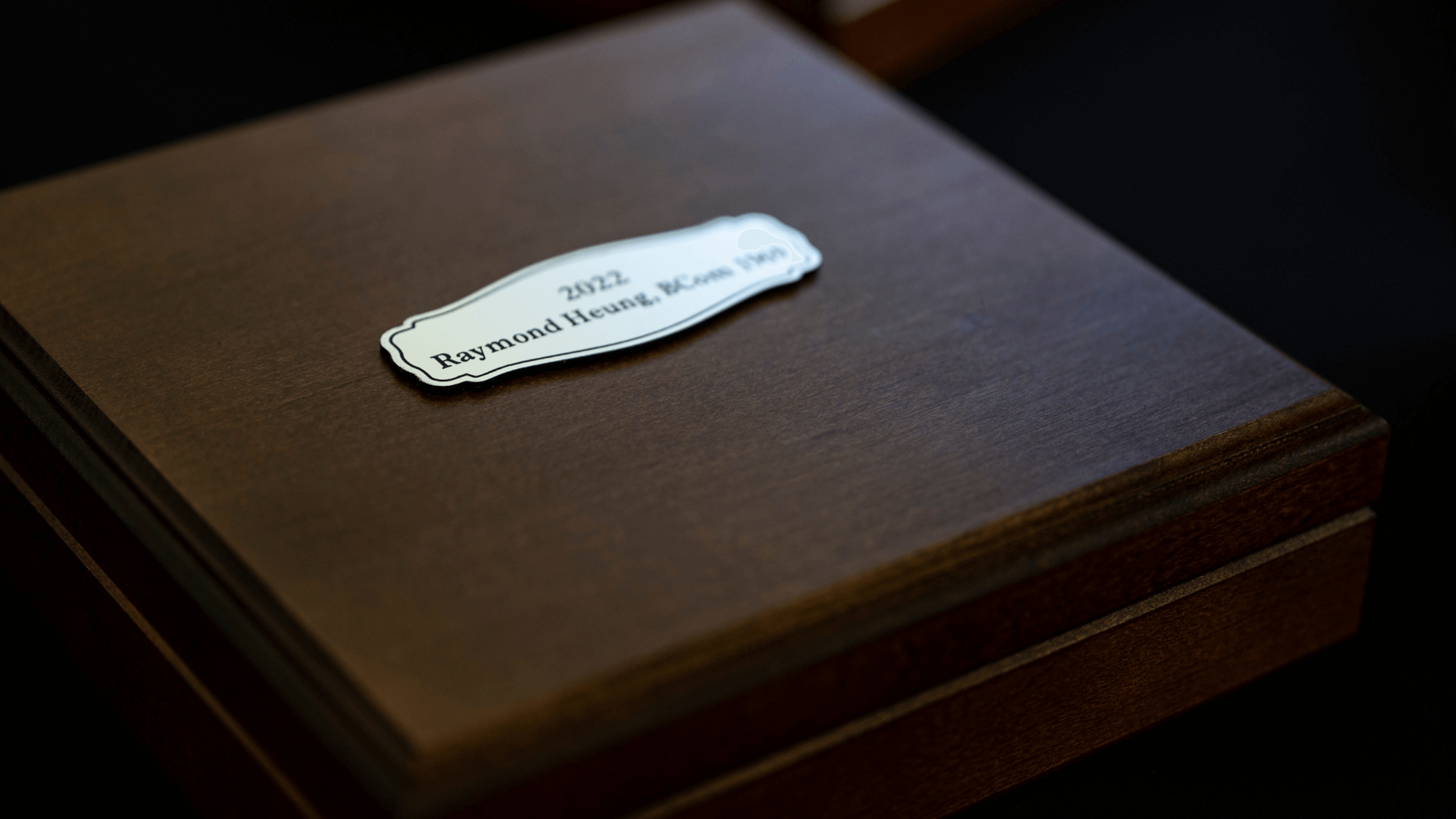 The R. Trudeau Medal recognizes significant contributions made by Telfer School of Management alumni to the business world, the community, and their alma mater. This medal is the highest honour we grant to our alumni who have demonstrated incredible leadership and initiative in their lives. We are pleased to recognize Raymond Heung for his business achievements and philanthropic contributions over the last five decades. 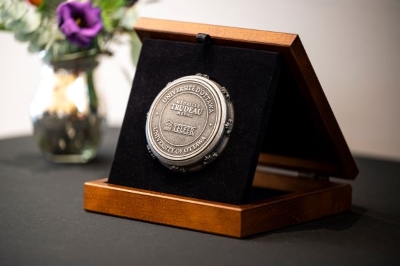 Heung was born in Hong Kong and moved across the globe in 1966 to study business in Canada: a Bachelor of Commerce degree at the University of Ottawa. Moving to the West Coast after his graduation, Heung earned two Master’s degrees from the University of British Columbia (UBC) in the early 1970s. He then began working in commercial real estate, establishing his own company in 1982, Vanac Development Corp., where he served as President since its inception. In 2012, Heung created the charitable Y.P. Heung Foundation in honour of his father, Y.P. Heung. With the R. Trudeau Medal, we recognize Heung’s professional tenacity in his career and his commitment and generosity in giving back to the community through his foundation after he chose to study business in Canada, at uOttawa’s newly established management school.

Why Heung Chose to Study Business in Canada 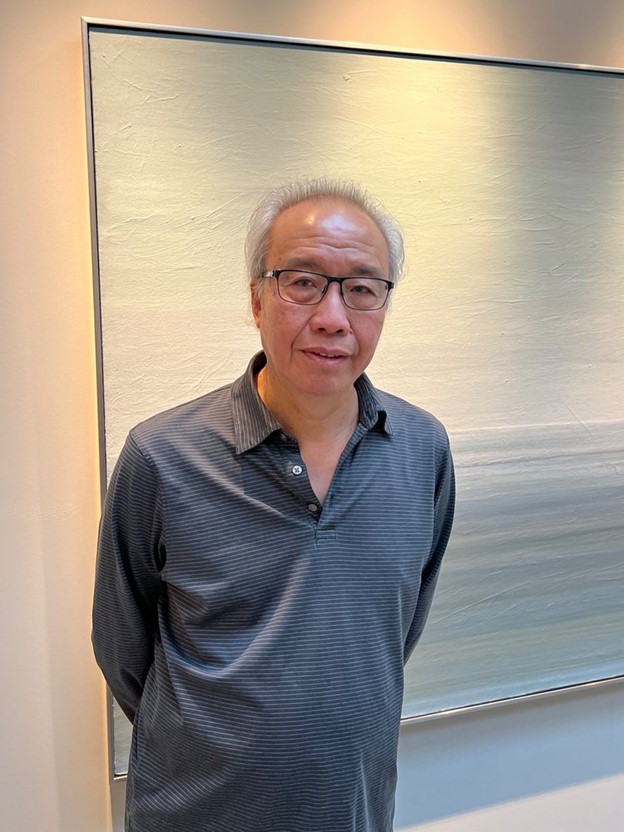 Heung’s elder brother came to Canada from Hong Kong first, pursuing post-secondary education at McGill University. Heung’s father encouraged him to join his brother overseas. Heung listened and made the journey to Ottawa to study business in Canada, a pivotal moment in his life, and one that would establish the Heung family legacy in Canada for decades to come.

In his book, Promises To My Father and the Life Lessons I Picked Up Along The Way, Heung writes about a sense of anxiety, adventure and freedom that he felt leaving home for the first time at 19 years old to study business in Canada. He lived in Sandy Hill during his studies at the University of Ottawa, learning to master conversational English, and struggling with the unexpectedly severe Ottawa winters. In class, Heung was surprised when his classmates would answer the professors’ questions with “out of the box” thinking.

“When I came to Canada, I was exposed to the concept of liberal education and this opened up my mind,” he shares, remembering how his classmates’ answers allowed him to adopt critical thinking skills. Coming from a more structured and restrictive educational background in Hong Kong, Heung became excited about conceptual thinking in classes such as philosophy and economics. A Master’s degree in Economics and a Master of Science in Urban Land Economics would follow this initial interest.

The Adoptive Country of Choice

In 1967, when Heung finished the first year of his business studies in Canada, his father first came to Canada from Hong Kong, following civil unrest in the city. Over the next couple of years, while Heung was finishing his Commerce degree, his father would make frequent trips to British Columbia. Y.P. Heung worked to put the family’s affairs in order so both father and son could become landed immigrants. After graduating, Heung moved to Vancouver to be closer to his father, where he was welcomed with open arms and kindness, a true pillar of Canadian culture.

Today, Heung feels proud to be Canadian: “I am so happy with what Canada has done for me and my wife, who is also an immigrant, and our children. With our foundation, we wanted to give back to our adoptive country of choice.”

Raymond Heung established the Y.P. Heung Foundation in 2012 to return the kindness his immigrant family received from the people in their new country of choice. In gratitude, the family chose three areas to philanthropically contribute to: health, education, and arts and culture. An art collector himself, Heung feels passionate about giving back to the community through awarding grants for new initiatives, supporting the arts, and even establishing Post-Secondary Awards to encourage and support students with tuition fees. The University of Ottawa is one of the institutions supported by the Awards, as Heung looks back at his time first studying business in Canada fondly.

The Y.P. Heung Foundation also honours the cornerstone principles and values Y.P. Heung stood by throughout his life and passed down to his family. Named the tenet of the “4 Hs”, the four values are Hard Work, Honesty, Honour and Humility. Heung has practiced much of what his father taught him over the years, achieving great success in his professional career thanks to these four core values. “There is no question about it,” he shares. Heung humbly accepts the R. Trudeau Medal, saying he is not sure he has earned it — perfectly exhibiting humility without even trying. “Besides humility, the most important criterion to me is honesty,” he says. “A friend of mine asked me on my birthday, ‘What do you consider your best most important achievement?’ and I replied, ‘My clear conscience. I never lie in my life.’” Honest in both his personal and professional lives, Heung says honesty is black and white; there is no grey area. Those who work with Heung all know that his handshake is the deal.

Continuing in his father’s footsteps, Heung began working in real estate after completing his two Masters degrees then working at Daon Development Corp in the late 1970s, before founding his Vanac Development Corp. Heung has been working in the acquisition, development, and management of commercial real estate for forty years. He has also served as President and CEO of Madison Pacific Properties Inc., a public commercial real estate company in the early 2000s, and he is a past member of the Real Estate Institute of British Columbia.

Reflecting on his life in Canada, Heung remembers a quote from former Prime Minister Pierre Elliott Trudeau that stuck with him over the years: “No matter your ethnicity, so long as your nationality is Canadian, we are all equal.” Heung found this really powerful as an immigrant, to feel this level of acceptance as a visible minority in Canada.

Heung wants the next generation of business leaders studying at Telfer to practice gratitude for living in Canada, whether they immigrated to the country or not: “Don’t be complacent, don’t take it for granted. Protect what you have, think outside the box and have an open mind.” Great advice for the next generation of international students who would like to study business in Canada. Telfer is a popular choice amongst international students choosing to study commerce — one such student, Camille Charles from France, recounts her first-hand experience of living in the University’s residence and attending classes in the Nation’s Capital.