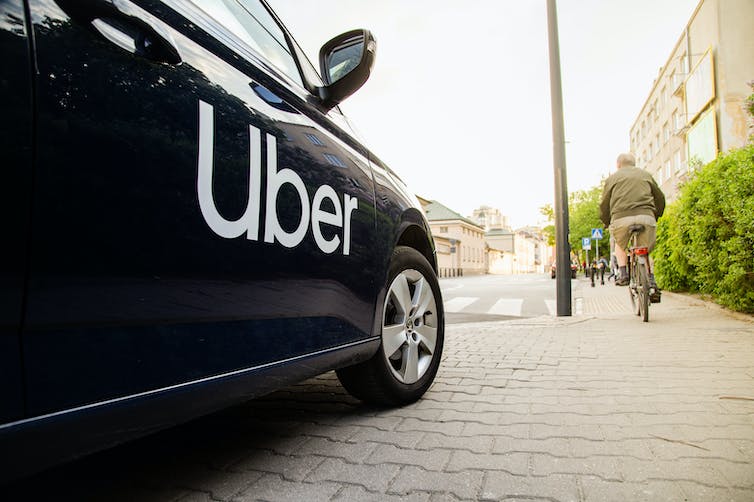 Co-authored by Madeline Toubiana, Professor at the Telfer School of Management, University of Ottawa. This article was first published in The Conversation, an independent source of news and views, from the academic and research community, delivered direct to the public, on August 2, 2022.

In early July, the leak of 124,000 confidential files from Uber — known as the “Uber Files” — as part of an investigation by The Guardian revealed how the company knowingly flouted laws, secretly lobbied governments and embraced a long list of “dark tricks” and ethically questionable practices as it grew into the tech giant we know today.

Implicating high-profile government officials, media barons, academics and more, the leak has rightfully triggered outrage and a slew of questions.

Our team, consisting of researchers at business schools across Canada, has studied Uber’s expansion into cities during the period covered by the leaked documents that have been shared with the International Consortium of Investigative Journalists.

In our published research on Uber’s entry into Toronto from 2013 to 2016, we explain how Uber and other groups manipulated the public perception of both Uber and the taxi industry. Uber’s entry stratified the taxi-driving profession by materially and symbolically elevating Uber drivers over taxi drivers.

What the Uber Files leak indicates is that the manipulation of Uber’s image at the cost of the taxi industry was due to more than Uber’s lack of decorum and disregard of local laws. It was the product of an ecosystem of actors — including public officials, media and Uber — that allowed Uber to cast a shadow over the taxi industry.

Our research looked at the dynamics and impact of Uber’s entry into Toronto, including its growing recognition as a tech company and its eventual legalization as a private transportation company. We found that Uber spokespeople, public officials and the media created a categorical distinction by pointing to technology to explain why Uber was not a taxi company, and highlighting differences between the perceived identities of Uber drivers and taxi drivers.

The perception that people have is that the Uber drivers are not really — this is not their job. This is just an income, a different type to substitute whatever… I’ve heard that a lot of people are doing this full-time.

Meanwhile, although Uber drivers were often portrayed in the media as making more than taxi drivers, the leaked documents show that Uber’s leadership knew that Uber drivers’ earnings sometimes fell below minimum wage.

Such portrayed differences had profound effects on the lives of Uber and taxi drivers, serving as foundational building blocks in the construction of a positive image for Uber drivers and a negative image of taxi drivers during Uber’s very public expansion.

Uber’s categorization as a technology company paved the way for them to operate on their own terms and the eventual creation of a new set of favourable bylaws that gave them a competitive advantage over the highly regulated taxi industry.

When Uber entered Toronto, Uber drivers and taxi drivers were polarized in the mainstream discourse and portrayed as being at war with each other. Yet taxi drivers were often portrayed as the bad guys losing every battle, as an article in The National Post illustrates: “taxi drivers are losing the PR war: it’s impossible to sympathize with people who are acting like thugs.”

Uber’s aggressive tactics received some negative coverage, but there was a distinctively positive sentiment associated with Uber.

As we interviewed taxi drivers, it was apparent that they were frustrated. All they wanted was for Uber to play by the rules and for the city to hold Uber to the same standards as taxis. In their minds, the city was letting “an unfair two-tier system” emerge, allowing Uber to put taxi drivers’ livelihoods at risk.

In Toronto, the rise of Uber at the cost of taxis was partly the result of actions by various groups, and not a singular concerted effort by Uber.

Journalists around the world, including in Toronto, have reported on how the leaked data reveals how Uber tried to shore up support by discreetly courting key and powerful members of society.

Globally, attention has fallen on how Emmanuel Macron, then France’s economy minister, aided Uber by brokering a secret deal. Documents also reportedly show that in France, “Uber paid academics six-figure sums for research to feed to the media” as a part of Uber’s overall strategy to target academics and think tanks to “help it construct a positive narrative” and lobby for favourable conditions and rules.

It has also been reported that Uber’s policy team worked to secure an “extremely positive response” from the City of Toronto.

The leaked documents also show how the strategic construction of Uber’s categorization and Uber drivers’ perceived identities was central to Uber’s business.

Ultimately, what happened in Toronto — Uber’s celebrated rise and eventual codification into local bylaws — shows us that Uber’s success in constructing its desired image was supported in part by the actions of public officials and media. Unfortunately, that image separated Uber drivers from taxi drivers, despite the two groups fundamentally having the same job. All this fuelled a whirlwind of developments that have profoundly impacted the lives of taxi drivers.

This article is republished from The Conversation under a Creative Commons license. Read the original article.