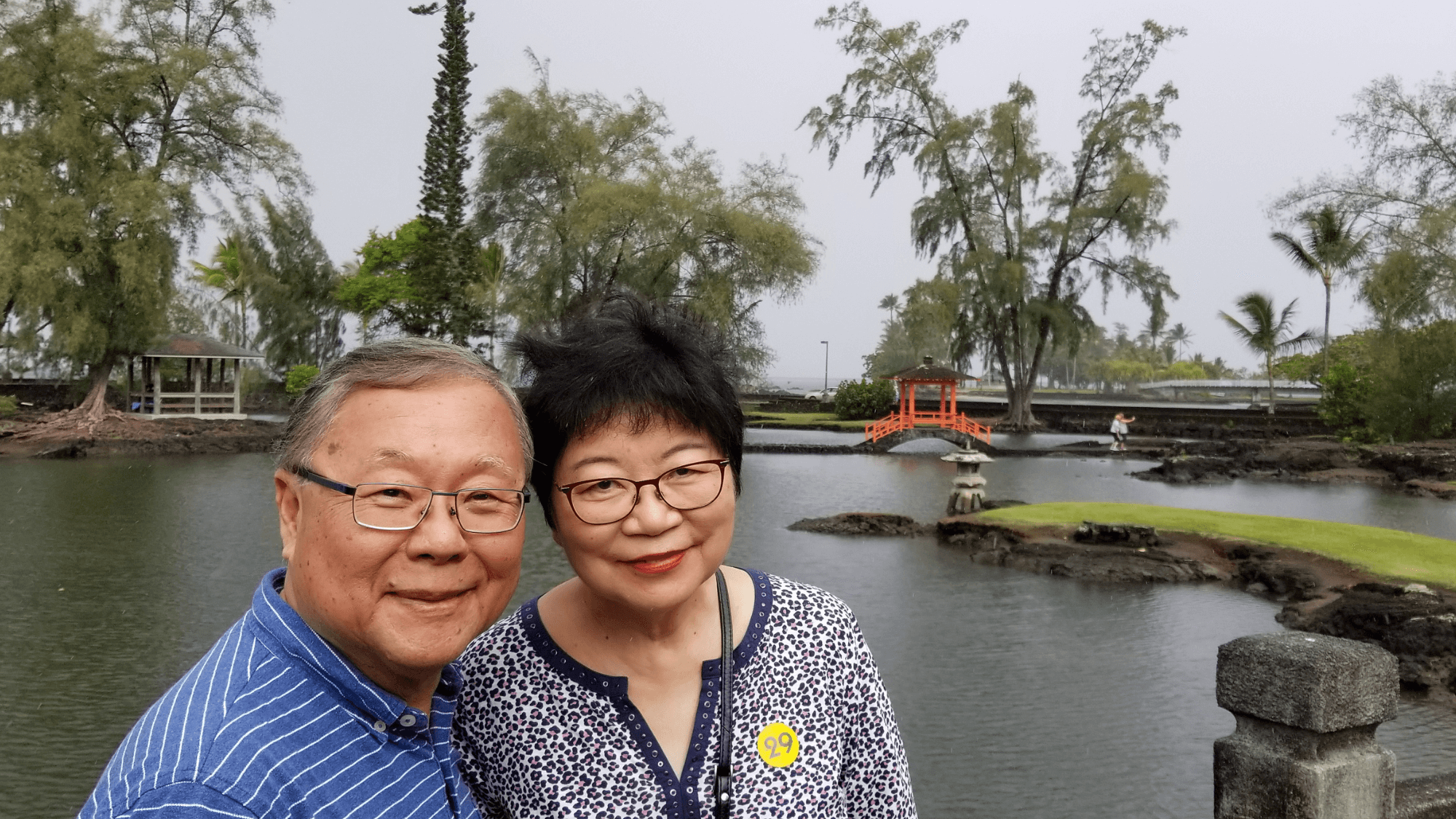 In memoriam of Lilian Goh

Following the Telfer School of Management’s 35th anniversary celebrations, the Dean’s Philos Award was created in recognition of individuals who demonstrate outstanding philanthropic achievement and social commitment to the School. Professor Swee Goh and his late wife, Lilian Goh, have been passionate supporters of the Telfer School for decades. Both have contributed monumentally to Telfer’s success through dedicated commitment — Lilian as one of the founding advisors to the Telfer CPA-Canada Accounting and Governance Research Centre for more than 20 years and Swee as an Emeritus Professor at Telfer for 30 years. 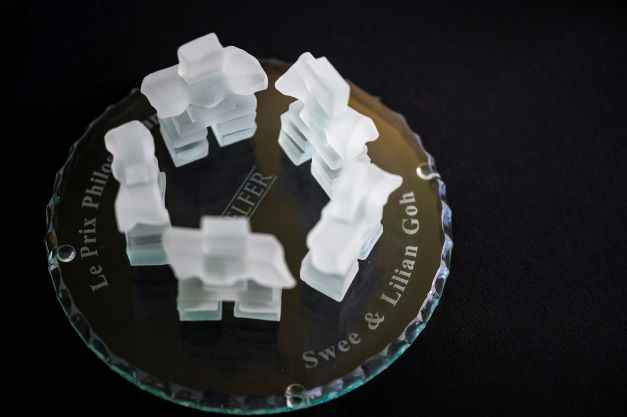 In 2017, Swee and Lilian Goh were named Donors of the Year at Telfer for their generous donation to the newly established PhD in Management program. Their contributions helped support the first PhD cohort of students in each of the program’s five original fields of study. The Lilian and Swee Chua Goh Doctoral Scholarships helped launch the program in the fall of 2016 by helping the School find four of the eight successful doctorate candidates who started the program in 2016, and one in 2017, respectively. Today, the PhD in Management is a thriving doctorate program with six fields of study: ​​Accounting and Control, Entrepreneurship, Finance, Health Systems, Organizational Behaviour and Human Resources, and Strategy and Organization.

Contributing to Student Success through Philanthropy 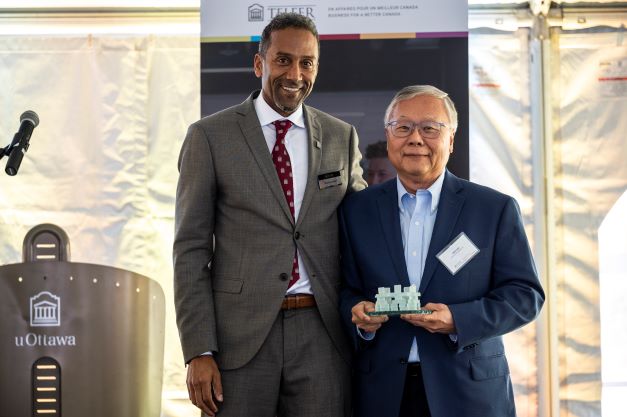 wee Goh recalls how excited he and his wife were to create the doctoral scholarship for the PhD program at Telfer during its inception: “It can be difficult for students to get financial support while focusing on their studies, and this motivated us to help. With our interest in research, we wanted to make sure the program moved ahead, was successful, and attracted top students.” Safe to say, the Gohs’ wishes for the program came true, no doubt in part thanks to their generous support.

Swee and Lilian Goh enjoyed giving back to the community with multiple meaningful philanthropic efforts over the last few decades. When Lilian passed in 2021, Swee Goh donated a Steinway Model D, the “crème de la crème of concert grand pianos,” to the University of Toronto’s Faculty of Music in honour and memory of his wife. The couple first met as MBA students at the University of Toronto in the 1970s, later bonding over their shared love for music.

This commitment to giving back to students, at multiple post-secondary institutions, is what earned them the Dean’s Philos Award at the University of Ottawa. Goh has always found it rewarding to give back: “I like to contribute to charities as a donor — you can actually see the results of your contribution. Later, when I met with PhD students in the program and saw their progress, that was very exciting.” The PhD program is very important to the School’s success and Goh feels proud to have contributed to both its development and establishment. 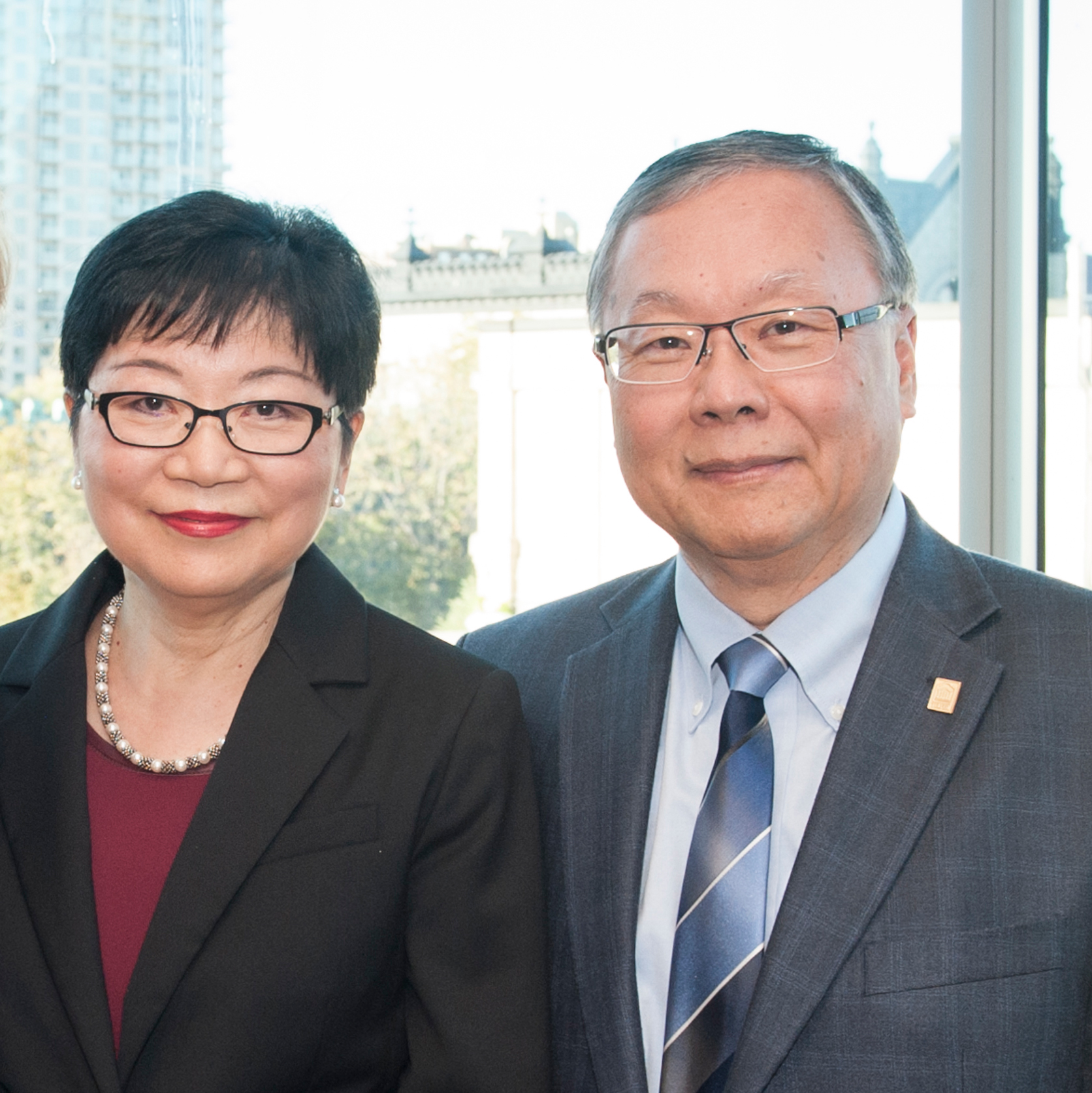 Goh has also had a profound impact on many students throughout his career in teaching. Goh was a tenured Emeritus and tenured Professor of Organizational Behaviour and Human Resources Management (OBHR) at Telfer for 30 years. Strongly believing in the OBHR discipline, Goh found teaching the subject of his passion to be exciting: “When I attended events at Telfer and former students would come up to me and say that what I taught them really helped them in their careers, it was very rewarding to me. It was great to get the feedback and know the students are finding direct applications for what I taught them.”

It was during his MBA studies that Goh first became interested in organizational behaviour and human resources. Performing well in the courses and enjoying the subject matter, he loved the human element present in the discipline: “Managing people was a great challenge that I enjoyed. It challenged my creativity, resilience, and ability to look at things from different angles,” he remembers. “Every situation and organization are different — it’s not like a math equation.”

In his extensive career in organizational behaviour and human resources, Goh also taught at Dalhousie University, the University of Toronto, and McMaster University before eventually joining the Telfer School at uOttawa. At Telfer, he taught Organizational Behaviour, Organization Design, and Managing Change in the MBA and Executive MBA programs. Goh also worked in Organizational Studies at the University of Ottawa’s Faculty of Education. He chose uOttawa’s business school (before it was named after Ian Telfer) for his professor appointment because he felt comfortable in Ottawa, enjoyed the School’s central location, felt excited about the opportunity to work in the public sector, and connected well with faculties and professors at the School. Goh’s choice led to a fulfilling career spanning decades at Telfer.

In 1999, Goh received the Telfer MBA Student Association (MBASA) Professor of the Year award, decided upon by his graduate students, for his commitment and dedication to teaching. He also earned the coveted uOttawa Excellence in Education Prize (2003-2004) for his excellent record and contributions to teaching and research. From 2008-2011, Goh was appointed to the Interis Research Fellow position at Telfer, spearheading performance management research in the public sector. This year, he adds the Dean’s Philos Award to his and his late wife’s impressive lists of accolades. 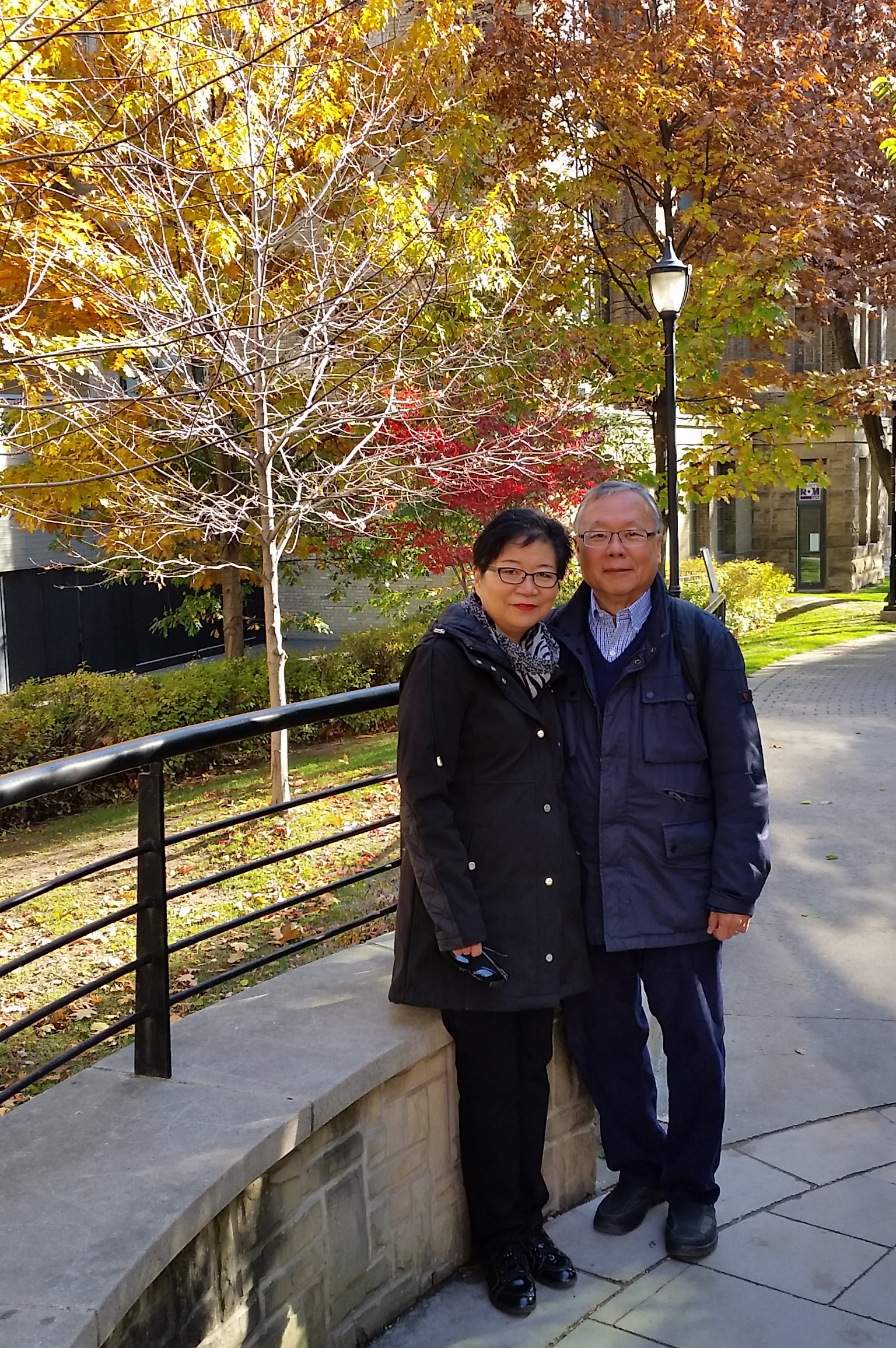 Goh says the most important ingredient for the success of any organization is to focus on its workforce: “You can set all kinds of financial and marketing goals, but at the end of the day, it’s about paying attention to the people. When you start your career, be very conscious about people you work with, people you supervise, and treat them well — if you treat them well, they will do wonderfully.” Reflecting on his career as a whole, Goh also acknowledges that success is not always linear and this is normal: “Sometimes, things may take a turn in your career. Figure out your personal career goals, and where you want to go, practice the resilience of moving away from one thing to another, and you can shift your career in a different direction and do well. Don’t be stuck in one direction,” concludes Goh.

Goh emphasizes that he could never have gotten to where he is now and reached the successes he has enjoyed over the last few decades without the support of others. Reflecting on this a lot in his career in organizational behaviour and human resources, he realized the importance of a close circle that can help, motivate, and mentor you. He feels grateful for those who have helped him progress in his life, part of his intrinsic motivation for his philanthropic support. Now, he is focused on reciprocating the kindnesses received through giving back to the community: “An important part of my views moving forward in my life is to give back, whether financially or through mentoring young students, or volunteering. This is one of my goals, as a result of my experience.”